Skip to navigation Skip to content
Other Categories, Sidr honey

Among the most famous areas in Yemen for producing Sidr honey are Doan in Hadramout, Gardan, Bayhan in Shabwa. In all these areas honey bees feed themselves exclusively on the nectar from the Sidr trees.

Sidr honey is produced by bees who only feed on the nectar of Sidr trees, one of the oldest trees that mentioned in the Holiy Quran. Sider honey is considered one of the finest honey and it’s been known for healing benefits since ancient time. The herbalists preferred it for curing diseases and promoting health because it gives better results comparing with other types of honey. Sidr honey has many variants, each has different features and specifications, all of which captured the attention of researchers in the Kingdom of Saudi Arabia who have conducted several experiments on samples of honey from all over the world (available in Saudi market). They found that Sidr honey contains a high proportion of minirals.

According to tests carried out by the laboratory technician Zabihullah Ahmed Reda at (Miracle Healing in Kuwait – quality control department) Sidr honey doesn’t change when exposed to heat, whether low, medium or high and even at the temperature of 80° C degree, except that little thing, which is negligible in terms of both sugars diverse it contains or enzymes that change rate in other types of honey very quickly even when exposed to low temperatures, as well as the HMF (an indicator of the adulteration of honey with invert syrups -syrups of glucose and fructose), did not rise in Sidr honey except for two degrees or three degrees, while it rose in the other types of honey and reached up to 30 and even 50 degrees (in ppm) at temperature of 70-80 ° C within half an hour. Also a sample of an old Sidr honey stored in sealed glass for 10 years is examined in the same laboratory, it shows no changes in the chemical composition, quality specifications and the percentage of HMF didn’t increase. 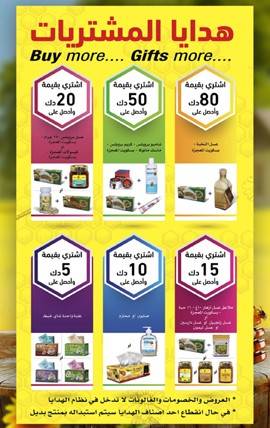