This honey is produced by Bees feeding nectar of the Anbrees flower scattered in the mountains of central Kyrgyzstan and Kazakhstan in Central Asia.

This type of honey, according to tests in the Mujeza laboratory, is characterized by high specifications and full of enzymes according to international standards for honey components.

The health and therapeutic benefits of white honey:

This honey is mixed with propolis to increase benefits.

Benefits of Propolis (Propolis):
• A strong antioxidant that protects the body from diseases, strengthens the immune system, antimicrobials and tumors
• Helps speed healing of wounds and burns.
• Anti-inflammatory, reduces the formation of blood clots

A product of a blend of white honey and propolis

It is a honey that the high mountains of Kyrgyzstan are famous for, especially Naryn province, the white honey region as it is called

It is a rich, rare, raw and extremely pure honey with a white color, a floral taste and aroma,bees extract the nectar of wildflowers such as the  Onobrychis to produce it.

Honey is characterized by its high nutritional value because it contains vitamins, minerals and antioxidants, and it is recommended to store white honey at low temperatures in order to preserve its nature.

– The ability to treat some diseases, aid in wound healing, and heal burns.

– it is considered an antioxidant as white honey contains chemical flavonoids and chemical compounds phenol, which is characterized by its ability to fight oxidation resulting from the presence of free radicals, and white honey combats oxidation by fighting free radicals in the body that may lead to the occurrence of many diseases, including cancer.

– Healing of wounds is one of the very common benefits of white honey and placing it on burns or wounds to help them heal because it contains antioxidants.

– White honey can also be used as a disinfectant because of its ability to kill bacteria and fungi.

What is bee propolis:

The bees collect a special resin from the tops of trees of a dark color, then knead it with bee wax and add its own secretions to it, turning it into a material similar to mortar with which line the walls of its hive and the hexagonal cells in which it places its eggs and plugs any cracks on walls of the hive. This substance is called propolis or bee gum, and it is the right amazing substance in the beehive. The best type is green propolis. Because it contains a high percentage of the active substance (flavonoid), which is the source of most of the benefits of propolis. 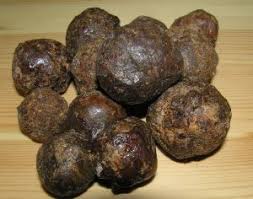 And it may vary to some extent according to the botanical and geographical source and its benefits include: