Among the most famous areas in Yemen for producing Sidr honey are Doan in Hadramout, Gardan, Bayhan in Shabwa. In all these areas honey bees feed themselves exclusively on the nectar from the Sidr trees.

The properties and advantages of the natural princes honey (Yemeni Sidr honey)
It is one of the most distinguished types of honey in the world for its therapeutic properties and is used to eliminate many diseases because it contains a high percentage of antioxidants compared to other types of honey, because its electrical conductivity is higher, reaching 0.8 units, and this is evidence of the presence of minerals in it significantly, as well as Its pH value is higher than the rest of honey and is close to neutral. Sidr honey is the honey produced from the nectar of the flowers of the Sidr tree.
Raw Sidr honey is distinguished by being without antibiotic or pesticide residues and has a high enzyme content that is preserved upon treatment. It is a honey that has a distinct flavor, aroma, and innumerable healing properties.

Sidr honey is produced by bees who only feed on the nectar of Sidr trees, one of the oldest trees that mentioned in the Holiy Quran. Sider honey is considered one of the finest honey and it’s been known for healing benefits since ancient time. The herbalists preferred it for curing diseases and promoting health because it gives better results comparing with other types of honey. Sidr honey has many variants, each has different features and specifications, all of which captured the attention of researchers in the Kingdom of Saudi Arabia who have conducted several experiments on samples of honey from all over the world (available in Saudi market). They found that Sidr honey contains a high proportion of minirals. 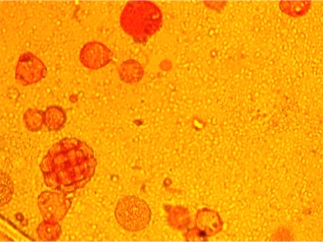 examination of pollens of Sider tree under microscope